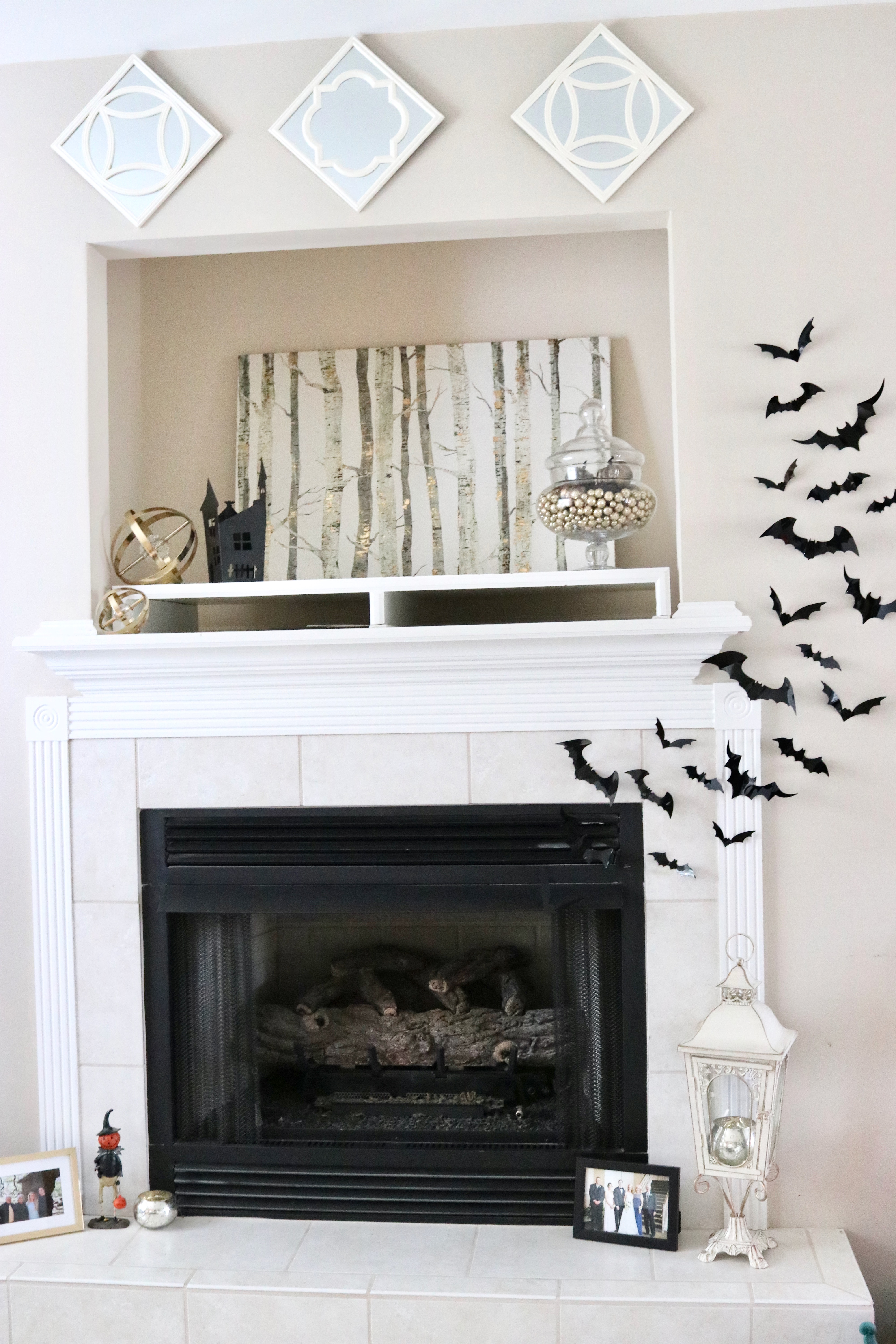 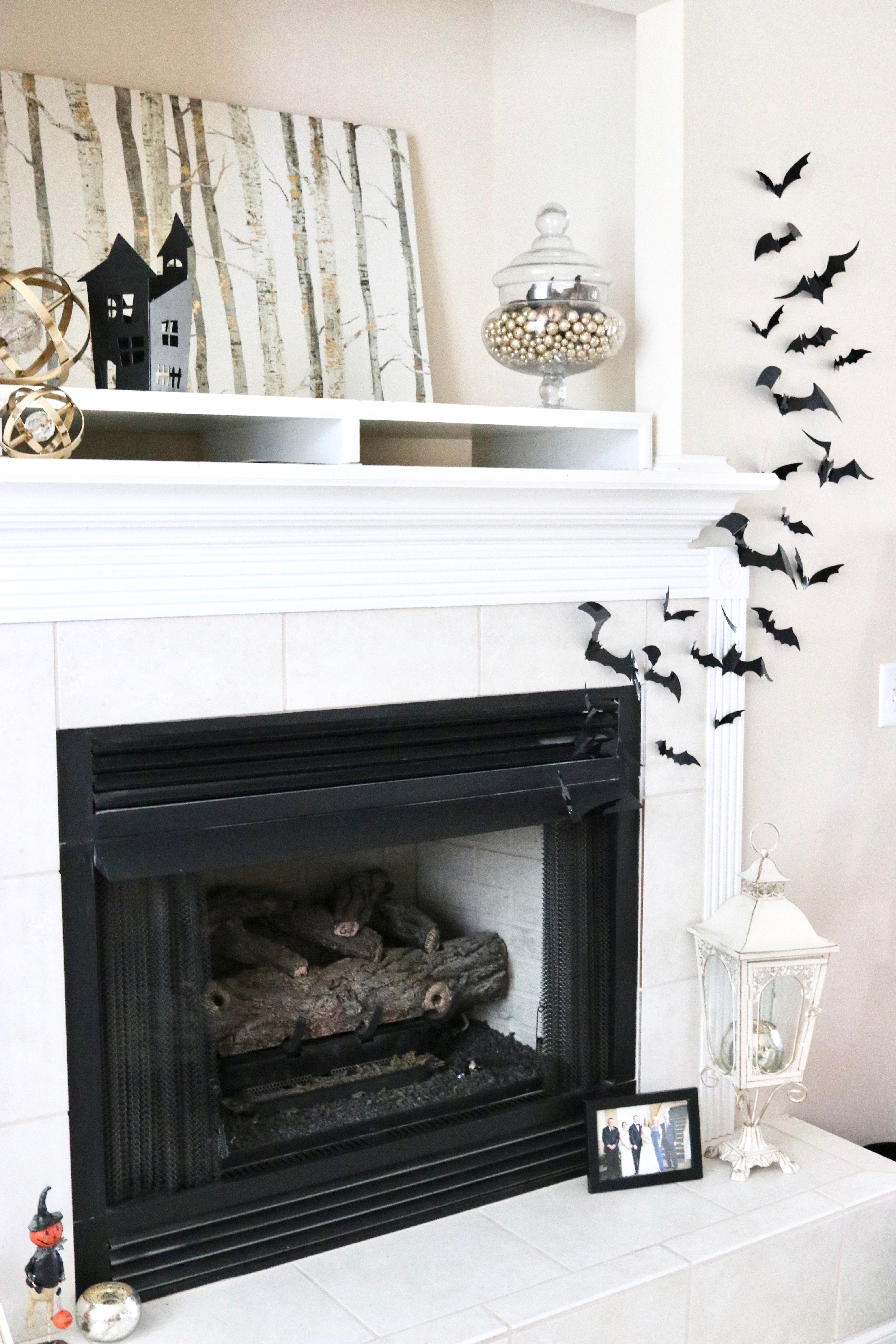 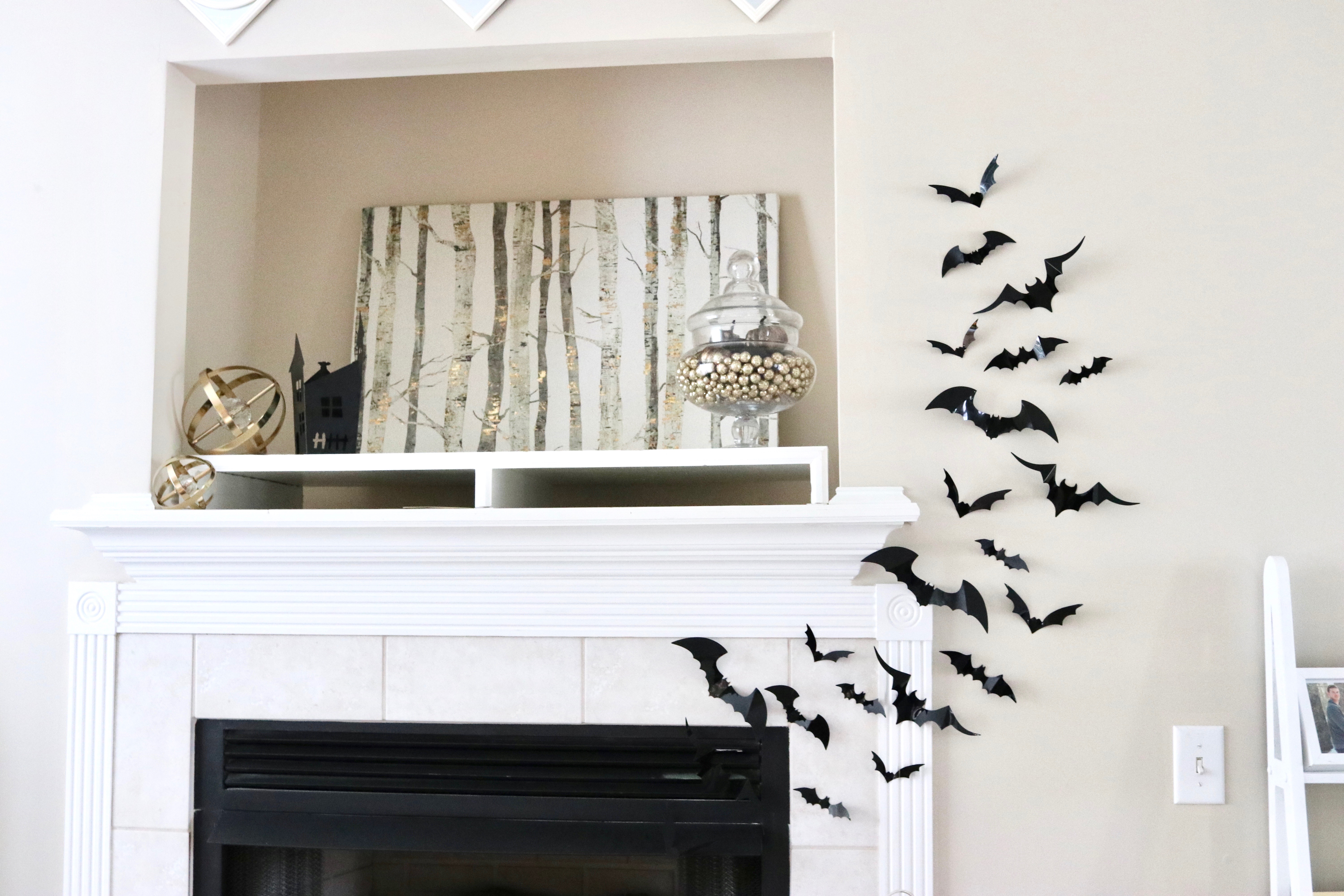 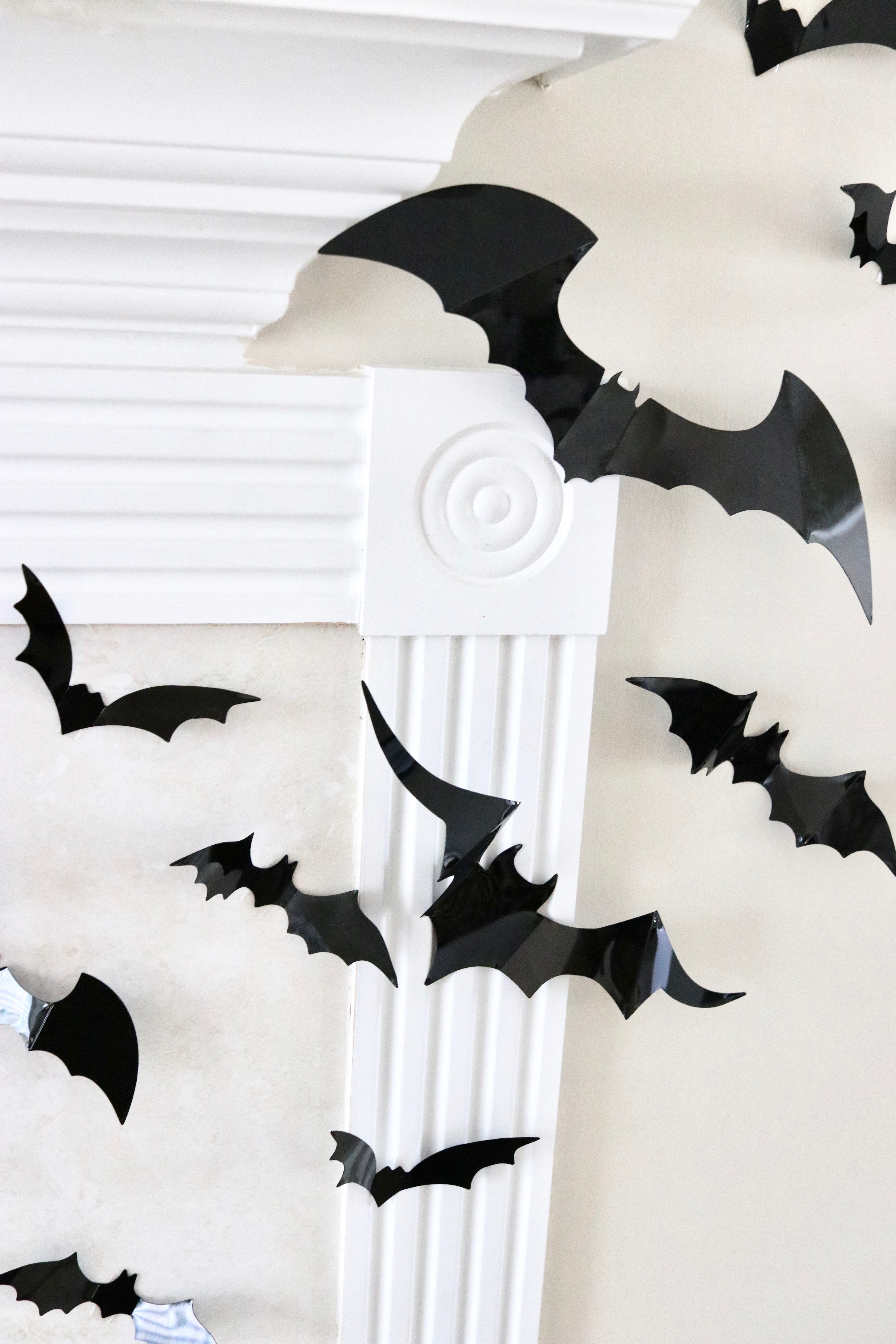 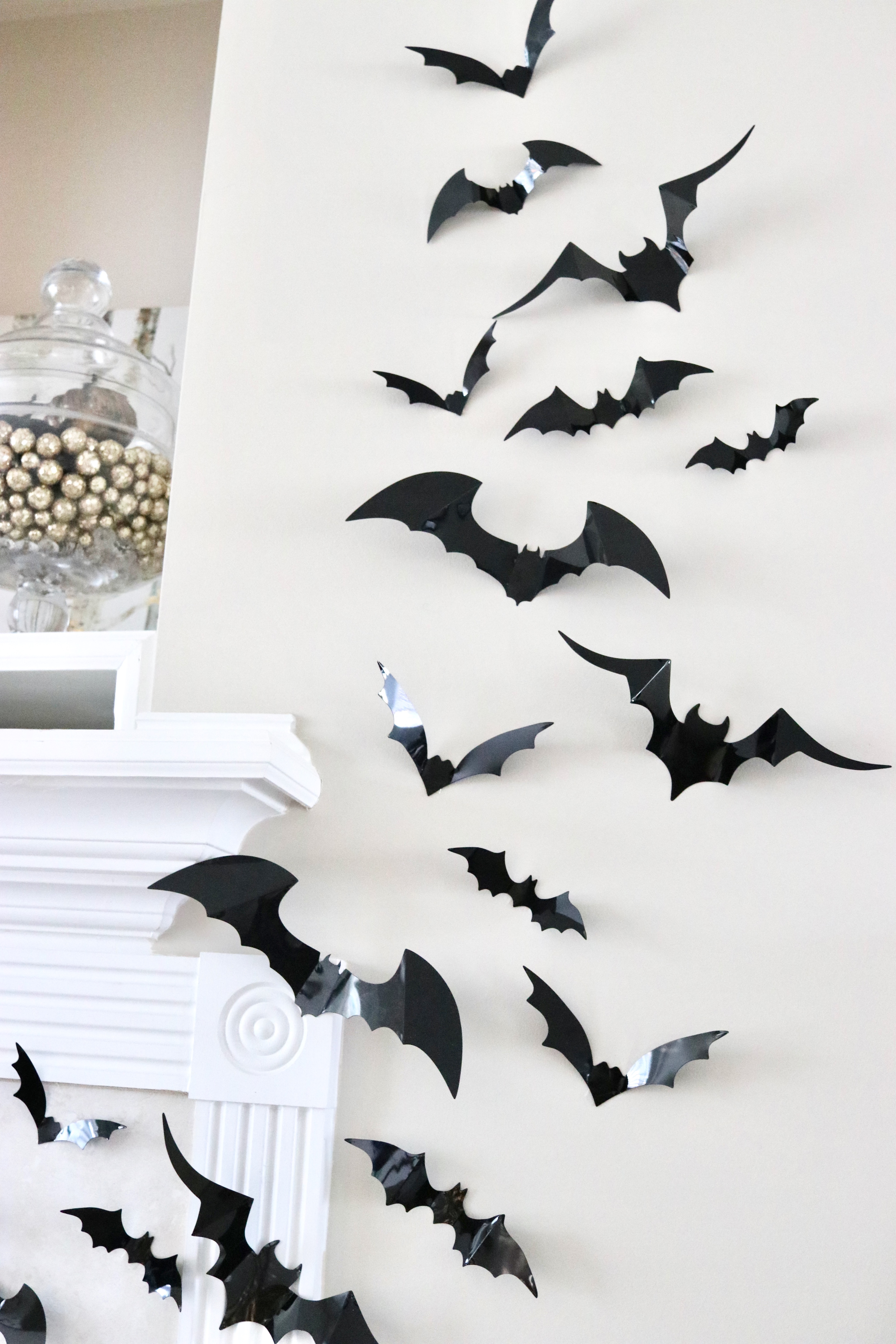 Happy *almost* Halloween, y’all! We have been looking forward to Fall all year;  it is the all-time favorite season in our home! As I’ve mentioned in other posts about it, one of J’s all-time favorite holidays is Halloween. I think it’s because he’s an October baby, so he might be a little biased ;).

To get into the decorating fun of the season, I really wanted to do something different on our mantle/fireplace area this year. A couple weeks ago I ordered these reusable 3D bats off of Amazon. I am obsessed! They were SO easy to use and look so cool during both day and night. To attach them to the wall, I did not use the adhesive that came with them, but instead chose to use some basic scotch tape. Some of the reviews had mentioned that the adhesive that came with the bats took off paint when removed (makes sense in a way since they are both indoor and outdoor use) so in light of that, I chose not to risk it and just stick with a tape that I had used before on our walls. Two weeks later, and the bats still look like they did on the day I put them up! I also have so many leftover, I’m excited to see where else I can decorate with them in the house 🙂

Hope you are all having a great week so far! 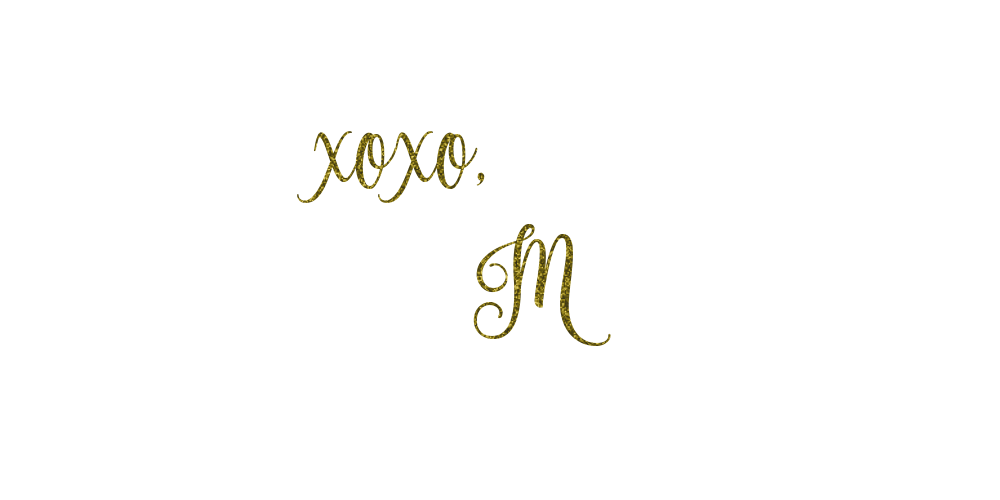